The U.S. Supreme Court will consider today, April 25, whether President Donald Trump can legally restrict entry to the U.S. for travelers from Iran, Libya, Somalia, Syria, Yemen, and North Korea. The ban also prohibits travel by certain government officials in Venezuela. President Trump’s legal team will be arguing that the travel ban will help prevent terrorist attacks and improve national security, while opponents to the ban will be arguing that the ban, as applied to Iran, Libya, Somalia, Syria, and Yemen, is tainted by religious bias against Muslims. Lower courts have blocked the ban, finding that President Trump cannot exclude a class of immigrants from entering the U.S. unless he makes a specific assessment as to why they are a threat to the U.S. Despite the lower-court findings, President Trump’s legal team is confident that the U.S. Supreme Court will allow the bans as currently written. Stay tuned for more updates on this interesting case. The U.S. Supreme Court is expected to issue a decision by the end of June. 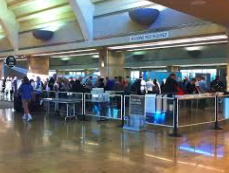